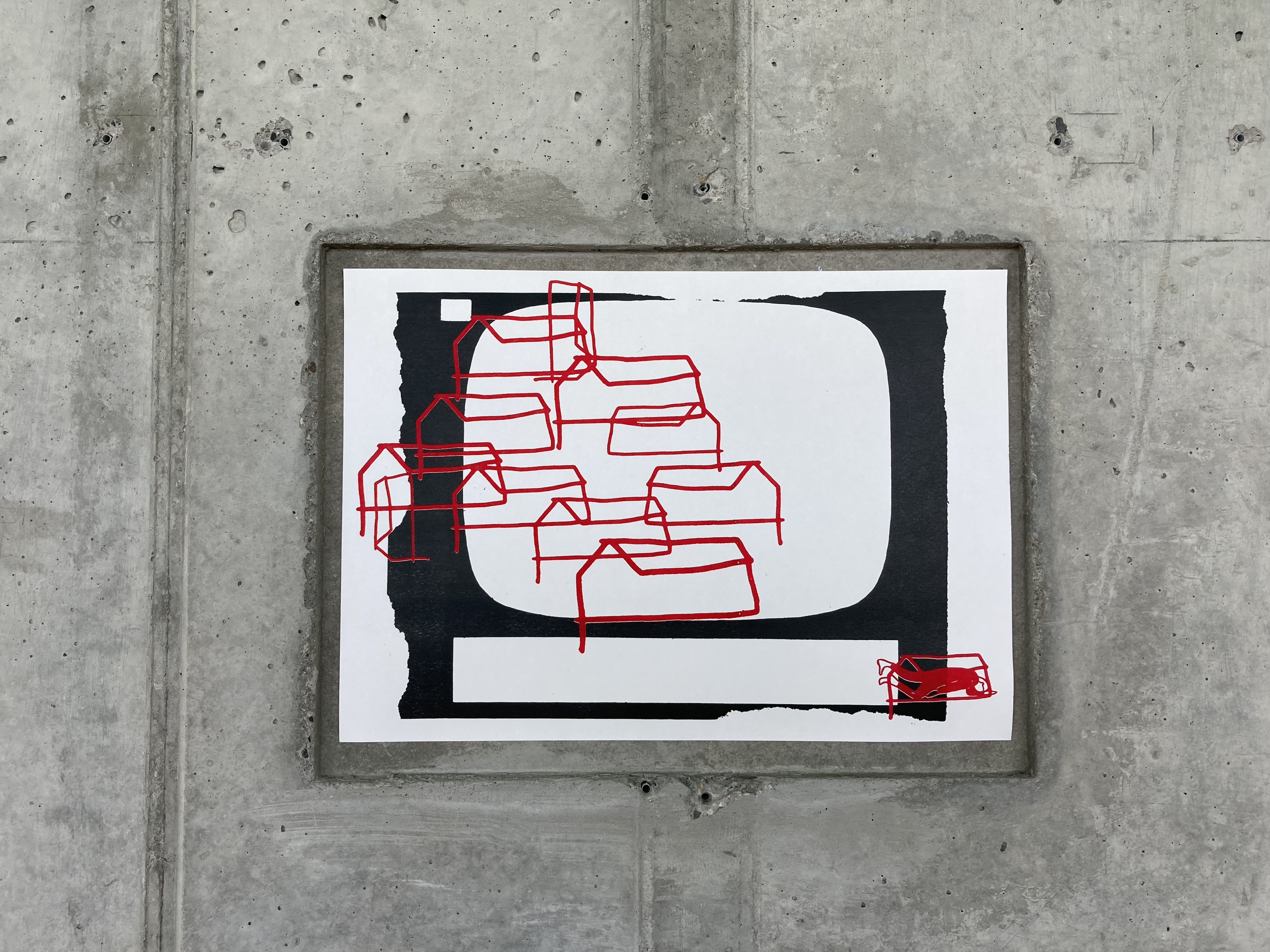 Posted at 21:49h in Cooperation, Vernissage by Tatiana Vieira

Until October 2021, the 2nd floor of the Brasilea is no longer “free of art”. A place that is often used as a meeting room shows a series of works by the Brazilian illustrator Marina Tasca and the Swiss artist Alex Silber. In these works conceived in the first half of 2021, Marina Tasca and Alex Silber address the pandemic and its consequences for Switzerland and Brazil. By mixing laser printing and screen printing on paper, the artists created nine different works of art for each of the nine concrete frames on the 2nd floor of Brasilea. The images are primarily intended to show the isolation scenarios that the pandemic has brought with it, as well as several physical and metaphorical distances.

On the title: “ORDNUNG UND FORTSCHRITT” (OF) or “Ordem e Progresso” (OP) can be read on the Brazilian flag. Marina and Alex stumbled upon the two abbreviations and playfully expanded their meaning. They explore with OFFOP – OFFOPERATION the relationship potential of OF and OP … OF … OFF: off, switched off, separated, canceled; OP … OPERATION: operation, service, performance.